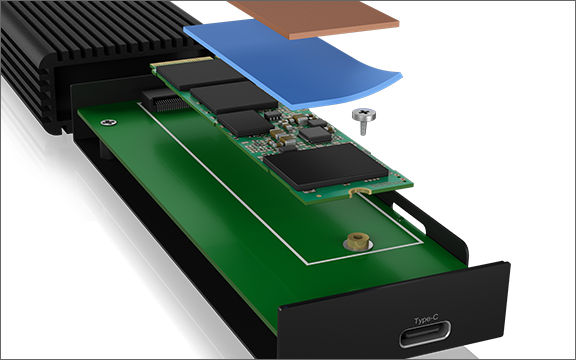 Motherboards and external enclosures that support USB 20 Gbps ports are gaining ground even before the new USB 4 standard becomes widely available. If you are keeping up with the times, all your hard drives will seem lazy now, because the new ICY BOX M.2 NVMe enclosure is faster and more versatile than ever before! 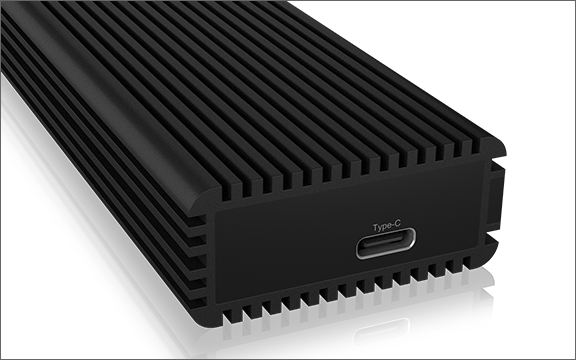 USB 3.2 (Gen 2x2)-capable connections on computers are far from being standard, even though some of the latest generations of desktop motherboards already have them. This makes it all the more important to pay attention to the new USB specification. If you want to be a technology pioneer, you will be surprised by the incredible data transfer rates of the IB-1916M-C32 and use the perfect combination with our IB-PCI1901-C32 expansion card! 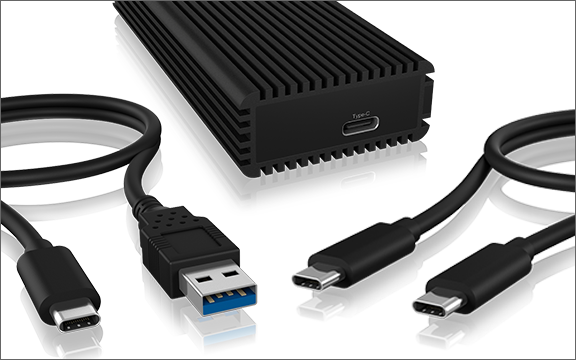 Compare the contents of the package with the specific connections of your PC. If you only have USB 3.0 Type-A capable connections, the IB-1916M-C32 can still be connected and used but only a connection via USB 3.2 (Gen 2x2) will reach the full transfer rate. 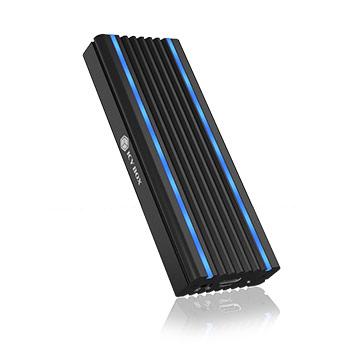 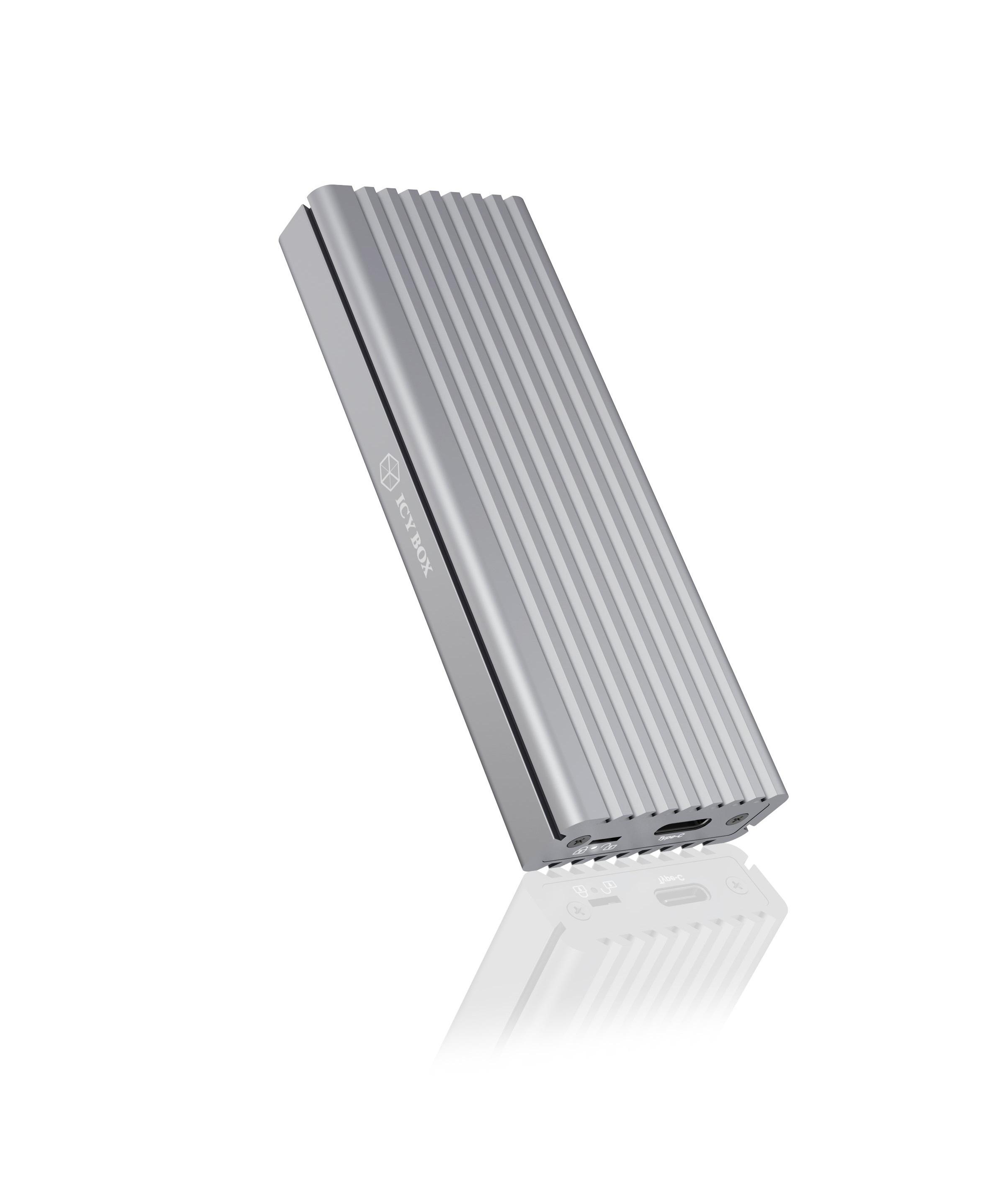 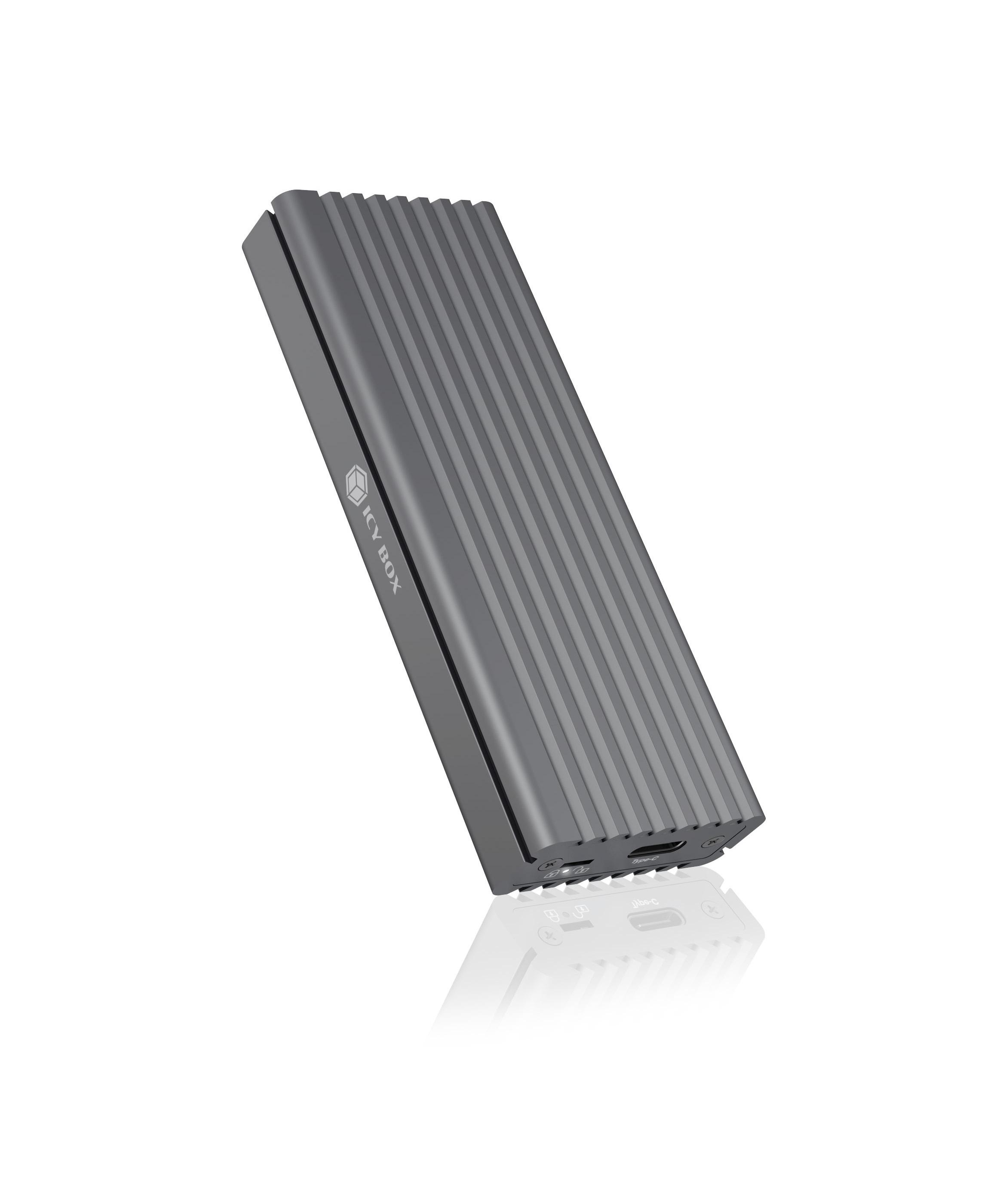 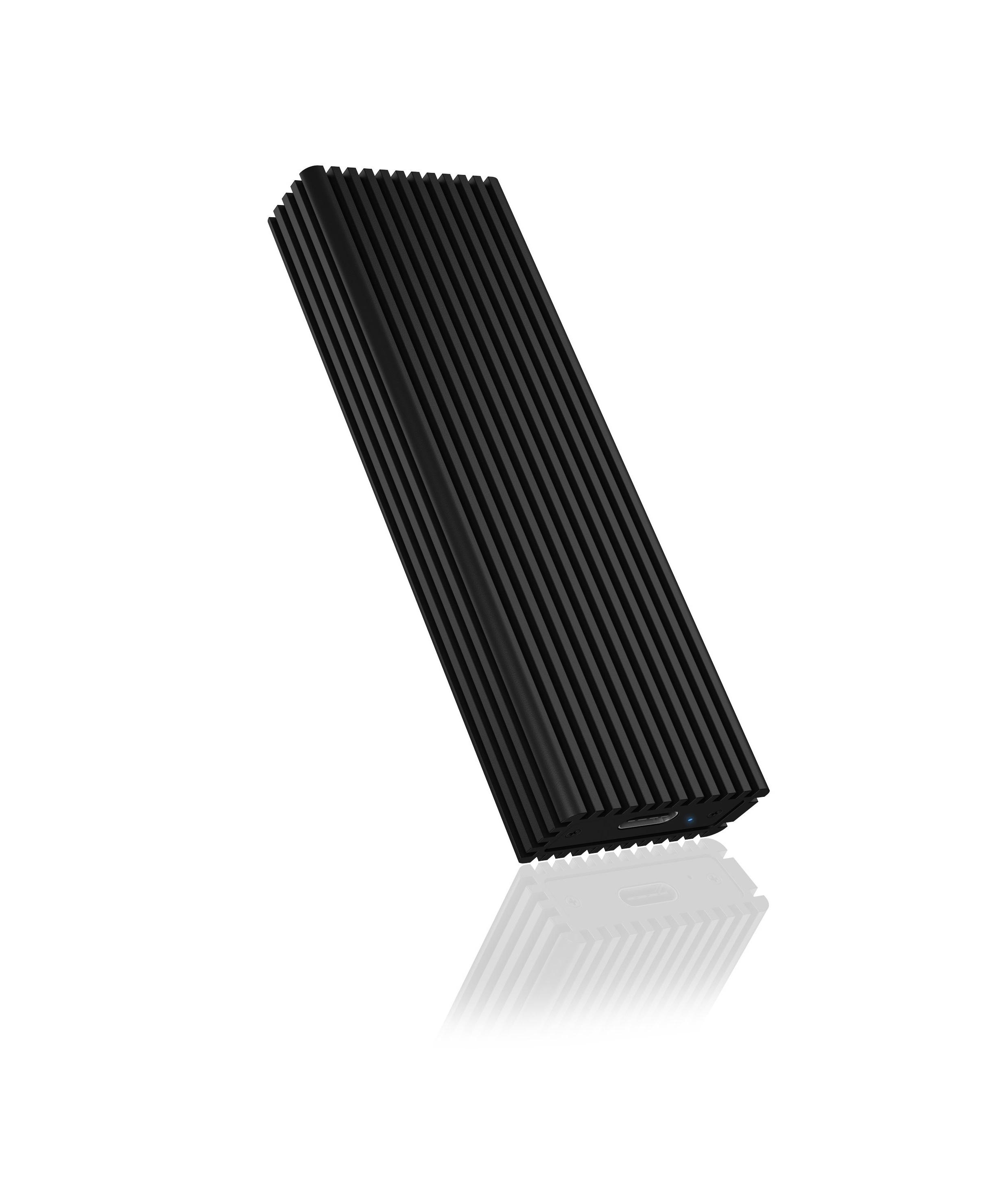 M.2 is a specification for internal expansion cards and was introduced under the name NGFF (Next Generation Form Factor), but then officially renamed M.2. This standard is particularly suitable for compact and mobile devices such as notebooks and tablets, due to its small size and various dimensions. However, it can also be ideally used with an ICY BOX enclosure as external memory. M.2 SSDs are available in different versions. On the one hand there are different lengths of the SSDs and on the other hand two different protocols and interfaces which are used with M.2 SSDs. In addition, the M.2 SSDs can be connected via PCIe or with SATA.

Which form factors are available?

M.2 SSDs are rectangular and have a male connector on each short side and a small recess on the other side to fix the SSD to the corresponding slot with a screw. Depending on the storage capacity, the SSDs are available with single-sided or double-sided PCBs.

There are one or two notches at specific points on the connector (male). The M.2 connections differ according to these recesses and therefore also according to the transmission standard used. This special arrangement of the recess then defines the corresponding key. The most common keys for M.2 SSDs are the B-Key, M-Key and the B+M-Key. The B-Key is used for SATA (AHCI) SSDs, but can also use PCIe 3.0 with two lanes. The M-Key supports PCIe 3.0 SSDs with NVMe and four PCIe 3.0 lanes. The B+M key supports both standards, similar to the B-Key. Here either SATA (AHCI) or PCIe 3.0 x2 with NVMe are possible.

Compatibility to the host computer

Make sure that your SSD supports the same connector/key (male) as the socket (female) in the enclosure or the expansion card supplied by ICY BOX. For example, if you are using a B+M-Key SATA SSD, make sure that the enclosure also has a B-Key socket. Please refer to the product description, data sheet or manual for more information.

Is an M.2 PCIe SSD with NVMe protocol faster than an M.2 SATA SSD with AHCI protocol?

How do I know which M.2 SSD works with this device?

Although M.2 SSDs are available in similar form factors, only an M.2 PCIe NVMe drive with an M-Key or B+M-Key connector will work with this enclosure.
Check the specification of your M.2 SSD. If interface and protocol match, the combination of enclosure and SSD will work. For example PCIe (interface) and NVMe (protocol).

Is a special driver required?

No, because SATA and PCIe M.2 SSDs use the standard integrated AHCI drivers in the operating system. Also the NVMe protocol is supported from Windows® 8.1 and Windows 10®. Please check nonetheless that your drivers are up to date.

How do I install the SSD correctly?

Can the enclosure also be connected to USB 3.0 or USB 2.0 ports?

Yes, this is possible. Please note however, that the data transfer rates are much lower in this case.

The enclosure becomes warm during use.

A slight heating up of the enclosure, especially when writing and reading data, is completely normal. The enclosure is designed for passive cooling of the SSD. Especially PCIe NVMe SSD enclosures can get higher temperatures.

How to cool my SSD?

Basically, all ICY BOX enclosures are able to transfer heat passively to the outside via the enclosure. Both via the material (aluminium), which is very heat conductive, as well as via integrated cooling fins on the enclosure, which increase the surface area of the enclosure and thus achieve improved heat dissipation. If your SSD is used internally, it is possible to mount the ICY BOX heat sinks on the SSD to improve heat dissipation and cool the SSD. Note, that the heat sink requires space that may be limited in your system.

What happens if I plug an M.2 SSD PCIe 3.0 x4/NVMe into a port that only supports PCIe x2?

Basically the M.2 SSD will still work, but only with the data transfer rate of PCIe 3.0 x2 with a maximum of 16 Gbit/s instead of 32 Gbit/s.

Everything is connected, but no function.

To avoid possible problems, there are some quick tests that you can perform. You can test if the following components work correctly and are not the cause of the problem:
• Cables
• SSD
• Enclosure
To test your components, follow the steps below:
• Use the cables, SSD and enclosures in a different configuration to see if the problem with the components in another configuration persists.
• Use a different cable, SSD and enclosure one after the other to see if the problem persists. Ideally, you should test a component that you know works in a different setup.

The SSD is not recognized by the operating system.

• Drives must be initialized and have to have active partitions so that they are immediately recognized as data media in the operating system. If this is not the case, initialize the drives in the disk management of your operating system.
• Please check if the driver software is installed (USB).
• Sometimes it is possible that the M.2 SSD slot has to share the PCIe lanes with other devices. In this case one of the interfaces may be deactivated. Please refer to the documentation of your motherboard and activate the M.2 SSD in the BIOS mode.

My Samsung 970 EVO Plus is not recognized. 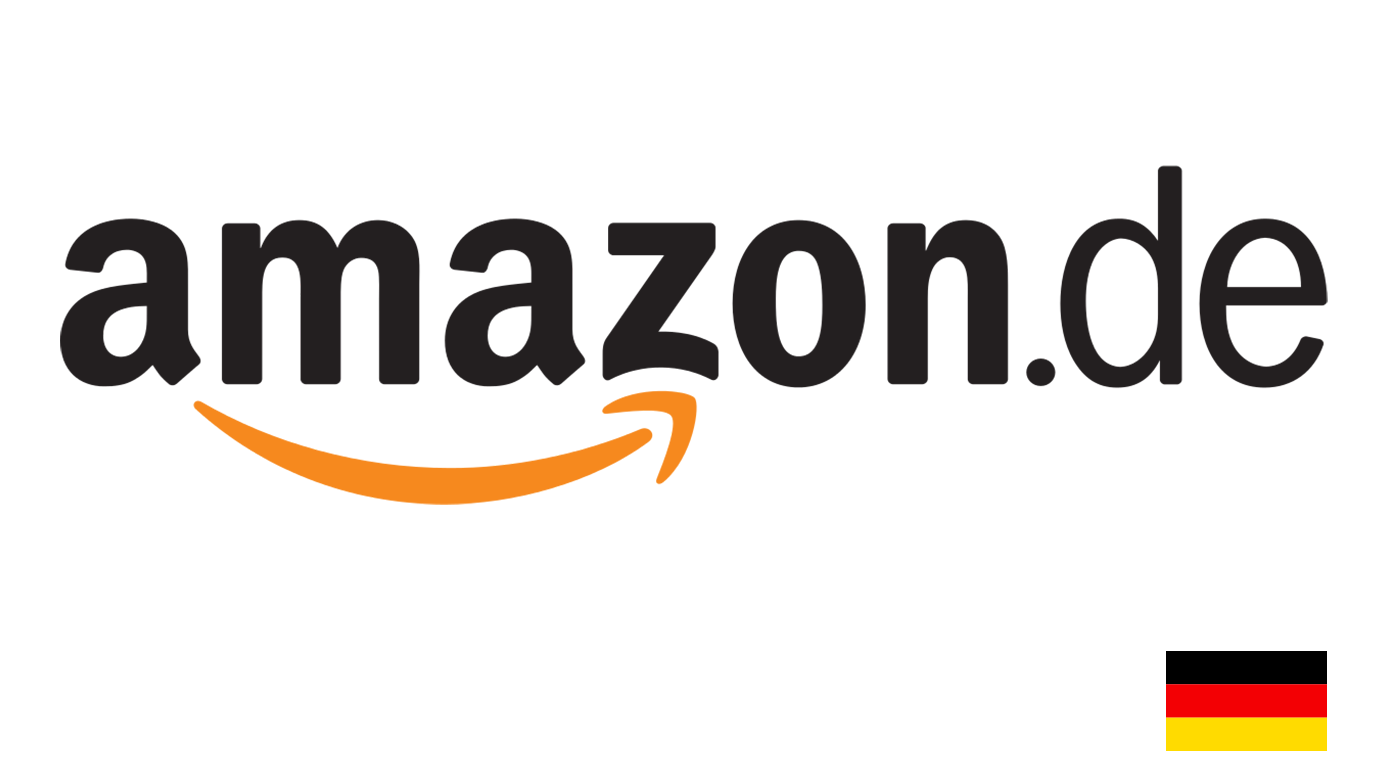 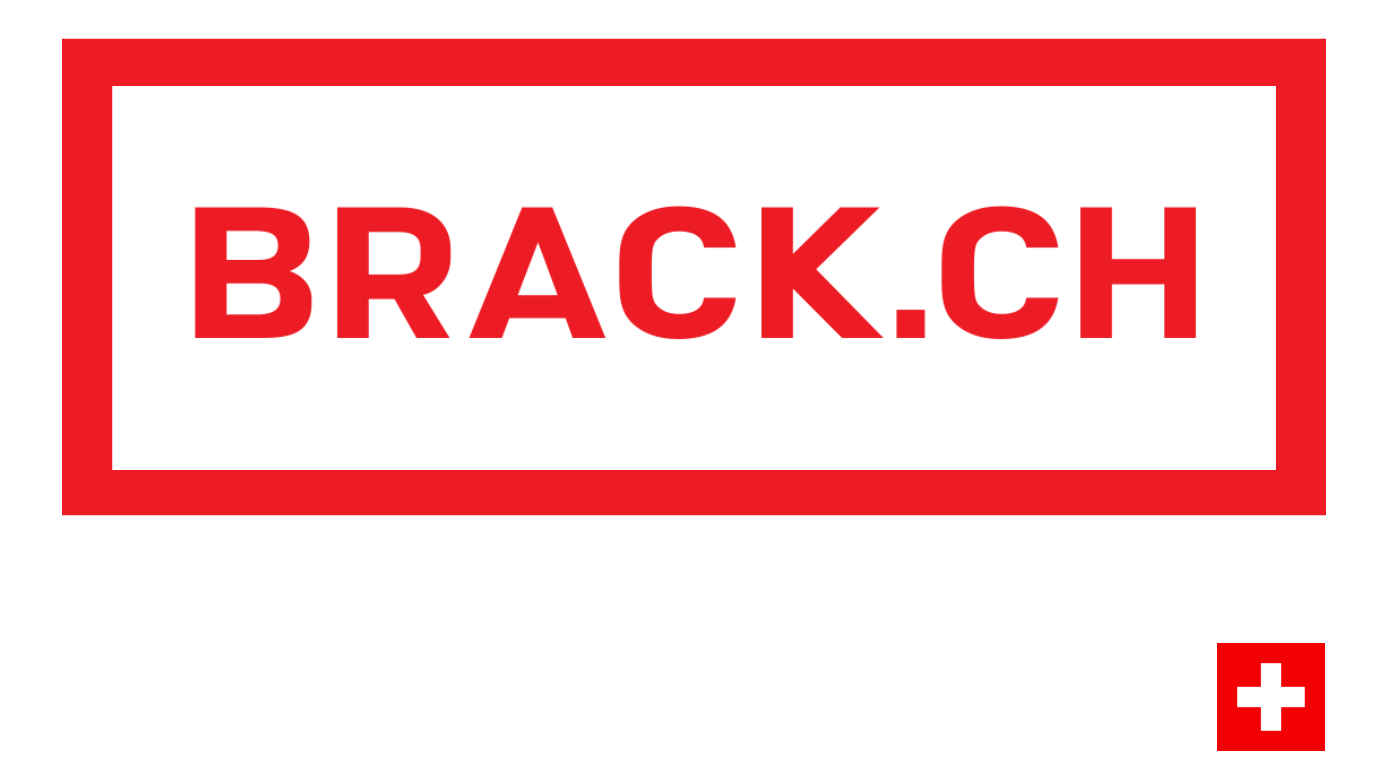 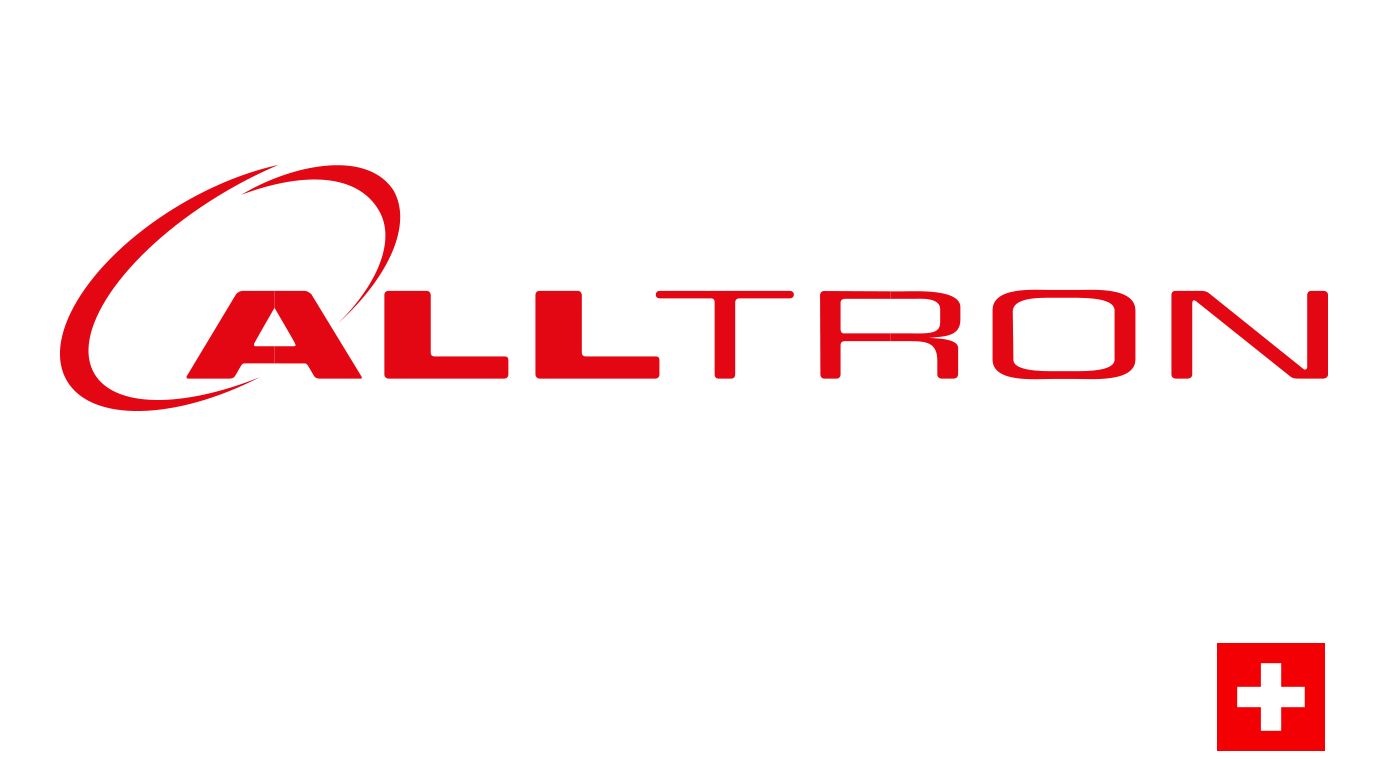 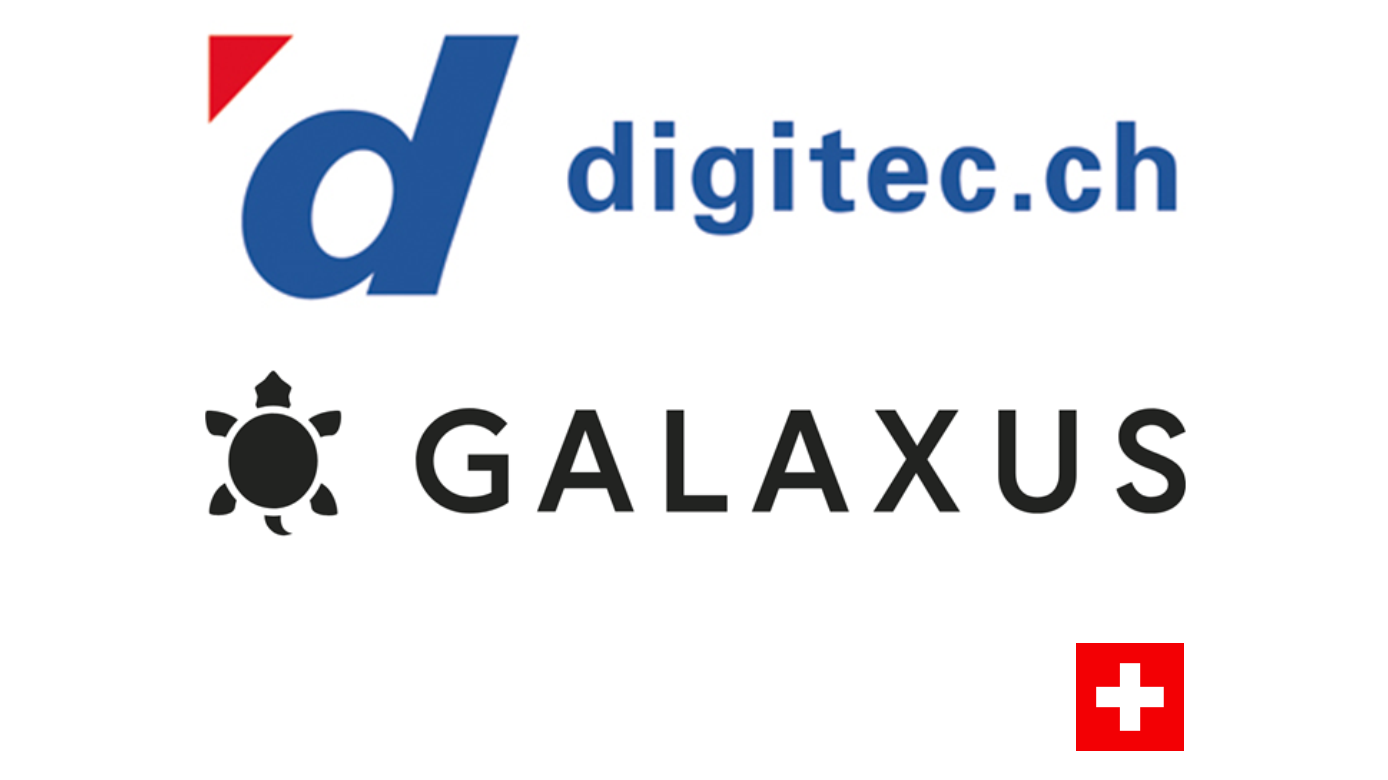 Tell us a bit about yourself and area of interest and someone will reach out as soon as possible to discuss pricing options based on your requirements.